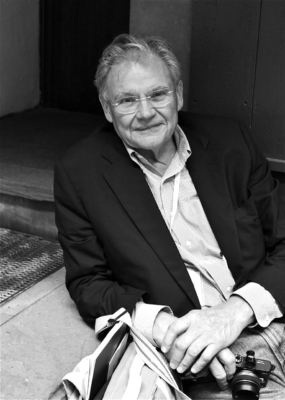 A member of Woods Hole Yacht Club since 1972, Mr. Taylor, Dick to his friends, has been photographing his family, friends and the world around him since he was eight.

Professionally an electrical engineer and manager of scientific instrument projects on NASA missions, he has spent most of his adult summers sailing with family and friends and photographing on the waters of Buzzards Bay and Vineyard Sound.  Winters in Falmouth and Woods Hole often presented special opportunities for photography as well.

A member of the Board of Governors of the Club for more than ten years and Race Committee Chairman for five, he sailed his own Thistle in Club events and later crewed regularly in Knockabout races.  He has raced Solings in Boston Harbor, crewed off-shore on a Cal 40, and chartered in Maine.  His cameras were inevitably along on these trips, too.  In later years he could often be seen on nearby waters photographing from his inflatable dinghy.

A regular participant in Leica Camera photo seminars held on the Cape and elsewhere, he also regularly attends Boston Symphony Orchestra concerts in Boston and Metropolitan Opera performances in NYC.  He also serves on the Board of Trustees of the At Home service of his town’s retirement village.

His photographs have appeared in Classic Toy Trains magazine, and occasionally elsewhere.

Below is a sample of his photographs.

To view all of his photos, go to our searchable Photograph Collections page and enter “Taylor, Richard” into the search box. 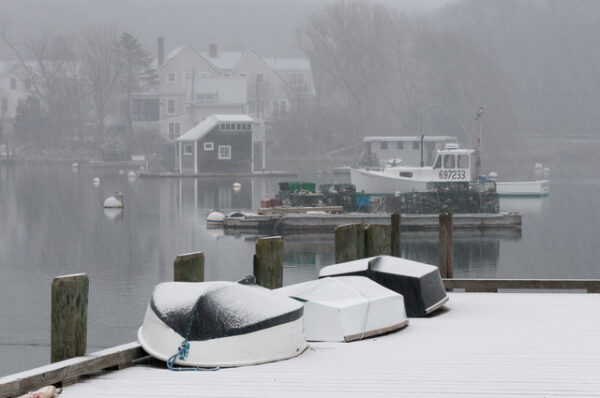 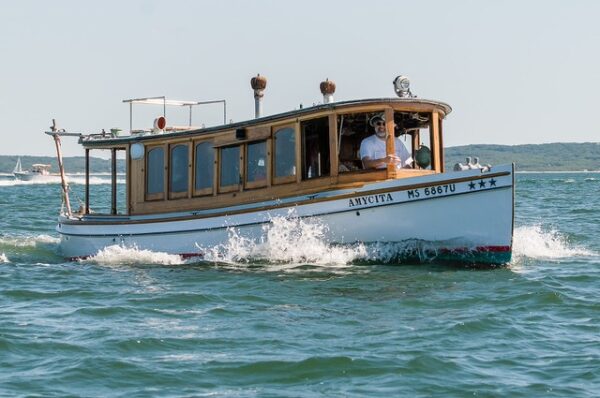 Glass Launch Amycita in Vineyard Sound with Lincoln A Baxter Jr. at the helm. 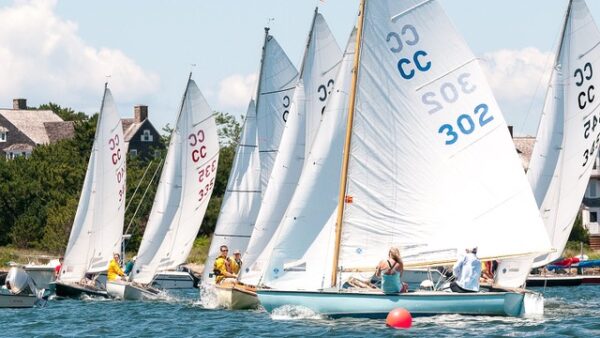 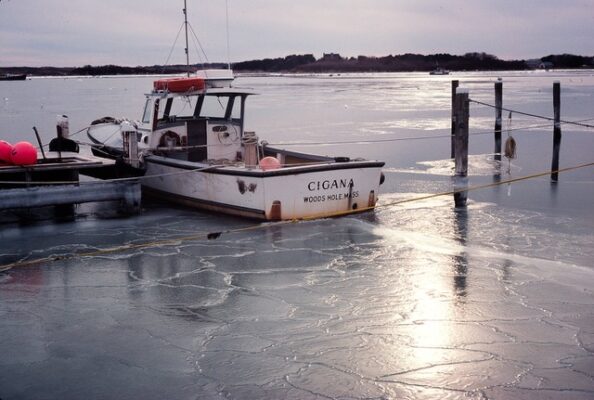